A year has gone by and once again, it was time for the AERO 2016 – the global show for general aviation. Traditionally, the event is carried out in Friedrichshafen, this year it lasted from 20.−23. 4. 2016. In those 4 days, 606 companies from around the world exhibited at the fair. HYPSTAIR sure did not miss the opportunity to show-off its new body and soul.

Many visitors, pilots and engineering experts were attracted to the HYPSTAIR stand, both by its propulsion design and architecture, and with other innovative features such as haptic power lever and Human-machine-Interface (HMI). We are honoured that special attention was received from Her Excellency Marta Kos Marko, Ambassador of the Republic of Slovenia in Germany and Consul-General of the Republic of Slovenia in Munich, Mr. Jožef Keček.

New plans and new milestones were set in Friedrichshafen, and hopefully we will report about them very soon. 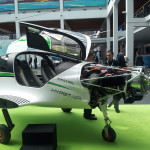 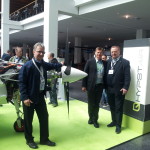 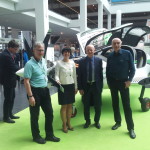 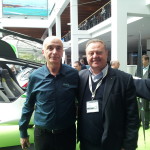 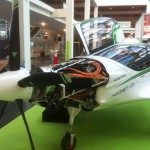 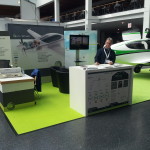 Posted on May 11th
No Comments