On 19th and 20th March 2014 all partners of the HYPSTAIR project met in Nürnberg (Germany) at the second project meeting. The project meeting followed very successful Kick off meeting held in Ajdovščina (Slovenia) which underlined the start-up activities. The HYPSTAIR project, which is co-financed by the 7th Framework Programme of the European Commission, started in September 2013.

During the two full days of the meeting, hosted by Siemens AG, partners addressed all work packages of the project, including management and currently relevant tasks of the project. In general, first part of the meeting was dedicated to evaluation of work and efficiency in the first six months. Second phase of the meeting aimed at setting clear guidelines and plan for activities in the upcoming period.

University of Maribor, responsible for dissemination work package, presented the wholesome visual identity products, which will be disseminated at all project events and venues of HYPSTAIR presentation.

Up until now, all project partners are more than satisfied with flawless development and success of the current stage of the project and are looking forward to the upcoming project activities within next six months. 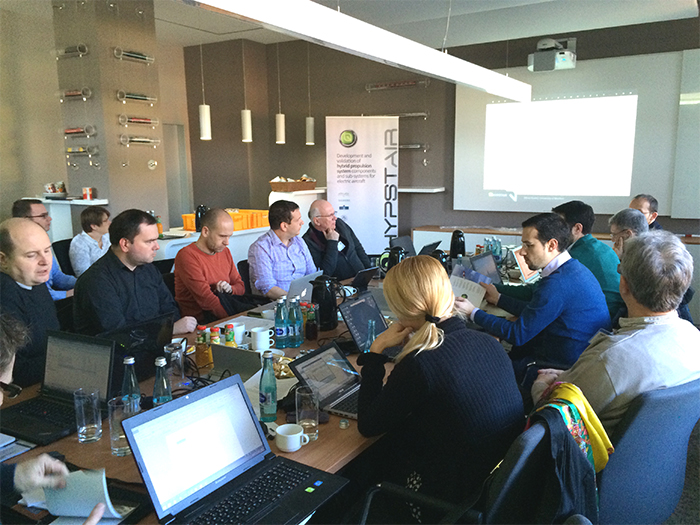